Every first Monday of the month hear some fantastic exiled writers and musicians and there is an Open Mic session too.

Quests: Exiled Writers in Search of the Truth

Come and hear our guests read from and discuss their stunning new work. 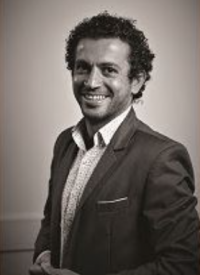 Ahmed Masoud is a writer and director who grew up in Palestine and moved to the UK in 2002. He is the author of the acclaimed novel Vanished – The Mysterious Disappearance of Mustafa Ouda (Rimal Books, 2015) and most recently Come What May (published May 2022, Victorina Press). Ahmed/Masoud has amassed a vast list/body of work of international theatre and radio pieces as well as founding Al Zaytouna Dance Theatre and more recently the PalArt Collective. In 2019, he worked with Maxine Peake on Obliterated, a theatrical experiment and artistic protest – you can learn about it here. Ahmed’s Theatre and Radio Drama credits include: Application 39 (WDR Radio, Germany 2018) Camouflage (London 2017), The Shroud Maker (London 2015 – still touring), Walaa, Loyalty (London 2014, funded by the Arts Council England), Escape from Gaza (BBC Radio 4 2011). 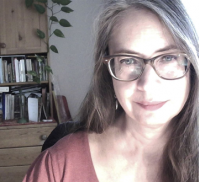 Adriana Díaz Enciso was born in Mexico and has lived in London since 1999. She has published (in Mexico) books of poetry, novels and collections of short stories. Flint (Contraband Books) is her first pamphlet published in the UK. She is the author of many lyrics for Mexican rock band Santa Sabina, and has written for the stage and TV. Her most recent novel, Ciudad doliente de Dios (Doleful City of God), (Alfaguara and the National Autonomous University of Mexico), is inspired by William Blake’s Prophetic Poems. Her latest literary translations include George Eliot’s The Lifted Veil and Walter de la Mare’s Seaton’s Aunt, also for the UNAM. She has contributed to over 30 literary publications in Mexico and other countries and is a columnist for Literal Magazine. She has been a trustee for Modern Poetry in Translation. She is currently working on her fifth novel (in English) and on the translation of a selection of British poet David Harsent’s work. 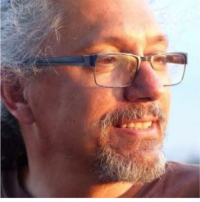 Goran Baba Ali has written and published various literary and journalistic works in English, Kurdish and Dutch. He recently published his debut novel in the English language, The Glass Wall, which includes some of his personal experiences as an ex-refugee. Since he left Iraqi Kurdistan in 1994, he has lived in various countries. He studied sociology in Amsterdam, where he was also the editor-in-chief of exPonto Magazine. After sixteen years living in the Netherlands, he moved to London in 2012 and has since spent most of his time writing, including a part-time freelance job reporting news about Iraq for the English language outlet INSIGHT. In 2019, he completed an MA in creative writing at Birkbeck, University of London. Goran founded Afsana Press to publish literary work of authors whose stories have a direct relation with current global social, political, cultural or environmental issues. For more information about the author, you can visit his website: www.goranbabaali.com 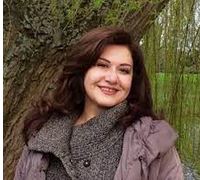 Nada Menzalji is a Syrian poet, author, journalist, editor and translator. Her published poetry collections in Arabic include Withered Petals for Dinner and Thefts of a Nameless Poet. She has also written and published many articles and poems in prominent Arabic publications. In addition, her work has appeared in two poetry anthologies in French, and an anthology of Syrian poetry from the 1990s. Her first poetry collection in English is Traces and Blossoms (Exiled Writers Ink, 2021). She has participated in many poetry festivals and readings in Europe and the Middle East. She studied civil engineering at the University of Latakia, her hometown. She left Syria for London in 1998, where she worked for a number of Arabic newspapers, as well as being an Arabic editor for Ink publishing.

Tickets available on Eventbrite or at the door