Hot off the Press! Meet the Authors! 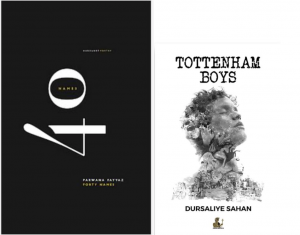 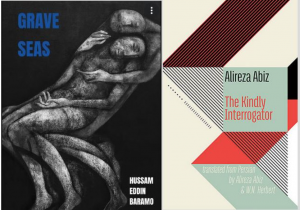 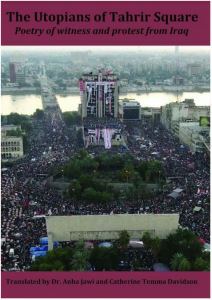 Husam Eddin Baramo is a Syrian writer and journalist based in London. His poetry collection is Grave Seas (Palewell).

Catherine Davidson is a novelist, poet and essayist who grew up in California and now lives in the UK. She jointly translated with Anba Jawi The Utopians of Tahrir Square (Palewell).

Parwana Fayyaz was born in Kabul, Afghanistan in 1990. She is currently the Carmen Blacker Fellow at Peterhouse, Cambridge University. Her poetry collection is Forty Names (Carcanet).

Anba Jawi. Born in Baghdad, she writes and publishes in Arabic and English. She jointly translated The Utopians of Tahrir Square (Palewell).

Dursaliye Şahan was born in Turkey and graduated from Anadolu University. She has published six stories, three novels, a cartoon and two children’s books. Her latest novel is Tottenham Boys (Dionysus).

An Evening with 5 Iranian Women Poets and Writers 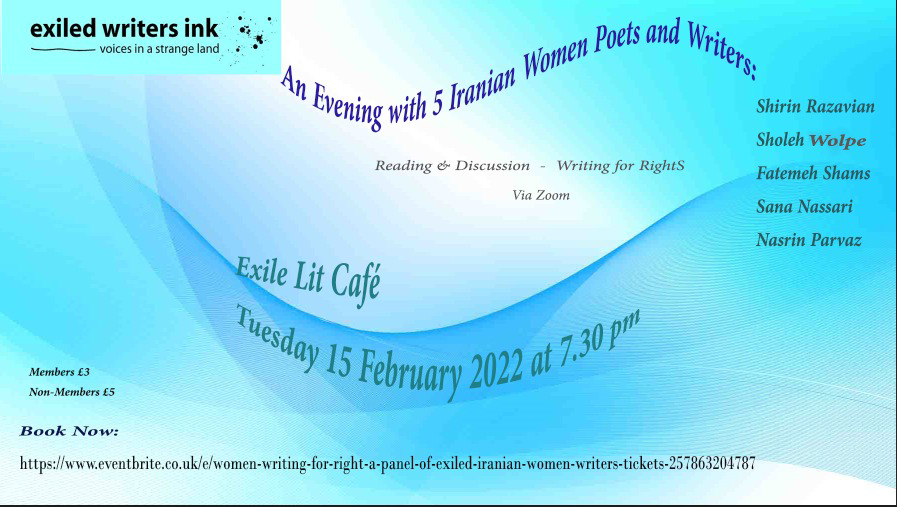 About this event
Founding Director of Exiled Writers Ink, Dr Jennifer Langer will be joined by Elena Croitoru, Catherine Davidson and Anba Jawi as they provide different perspectives on contemporary poetry through the lens of place and conflict. Readings will be followed by a panel discussion about how poets can write about resistance.

Exiled Writers Ink, founded in 2000, brings together established and developing writers from repressive regimes and war-torn situations and it equally embraces migrants and exiles. Exiled Writers Ink develops and promotes the creative literary expression of refugees, migrants and exiles, increases their representation in the mainstream literary world and advocates human rights through literature and literary activism.

Please note this session will be recorded and will be available for you to view later and shared online.

Jennifer Langer’s powerful newly published debut poetry collection is The Search (Victorina Press). Jennifer is the founding director of Exiled Writers Ink. The organisation develops and promotes the creative literary expression of refugees and migrants and challenges the abuse of human rights through literary activism.

Jennifer is the editor of four anthologies of exiled literature, Five Leaves, as well as lead editor of Resistance: Voices of Exiled Writers (Palewell Press) and an Exiled Ink Magazine Editor. She holds a doctorate in Cultural Memory from the School of Oriental and African Studies, University of London and is a SOAS Research Associate. 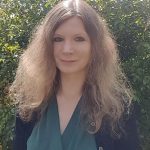 Elena Croitoru is a British-Romanian writer and she has an MSt in Creative Writing from the University of Cambridge. She won the Charles Causley Poetry Prize, the South Bank Poetry Prize and placed in/was a finalist for prizes such as the Michael Marks Greek Bicentennial Pamphlet Prize, Bridport Prize & other awards.
Elena’s first poetry chapbook won the Live Canon Pamphlet prize and was published in 2021. Her first novel was shortlisted for the Wilbur Smith Prize – Best Unpublished Novel.
Twitter: @elenacroitoru 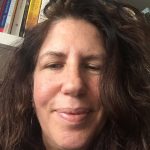 Catherine Temma Davidson is an American living in London and a dual UK/US citizen. Her novel based on stories about her Greek mother and grandmother, The Priest Fainted, was a New York and LA Times notable book of the year.

Catherine is an award-winning poet with two pamphlets published in the UK. She teaches Creative Writing at Regent’s University and is a former chair of Exiled Writers Ink. Her novel about apricot jam, genocide and memory, The Orchard, was published by Gemma Media in 2018. 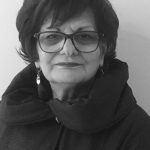 Born in Baghdad, Anba Jawi studied Geology at the University of Baghdad – one of a generation of pioneering women geologists in Iraq. She gained her PhD from UCL London. She worked in the refugee sector for more than 20 years and was honoured with an MBE on the Queen’s birthday list in 2004 for her services.
Anba writes and publishes in Arabic and English. A chapter from her novel The Silver Engraver was included in the TLC Free Reads Anthology 2019 and two chapters were produced in a chapbook published by Exiled Writers Ink in 2021.

Booking is essential. Pen to Print and our partners reserve the right to remove participants who are found not to have booked a place for this session.

We encourage all participants to keep their cameras on during the session.

Pen to Print and our partners reserve the right to remove participants who are disruptive to a session.

Visionary Writers of Exile Chart a New World Being Born 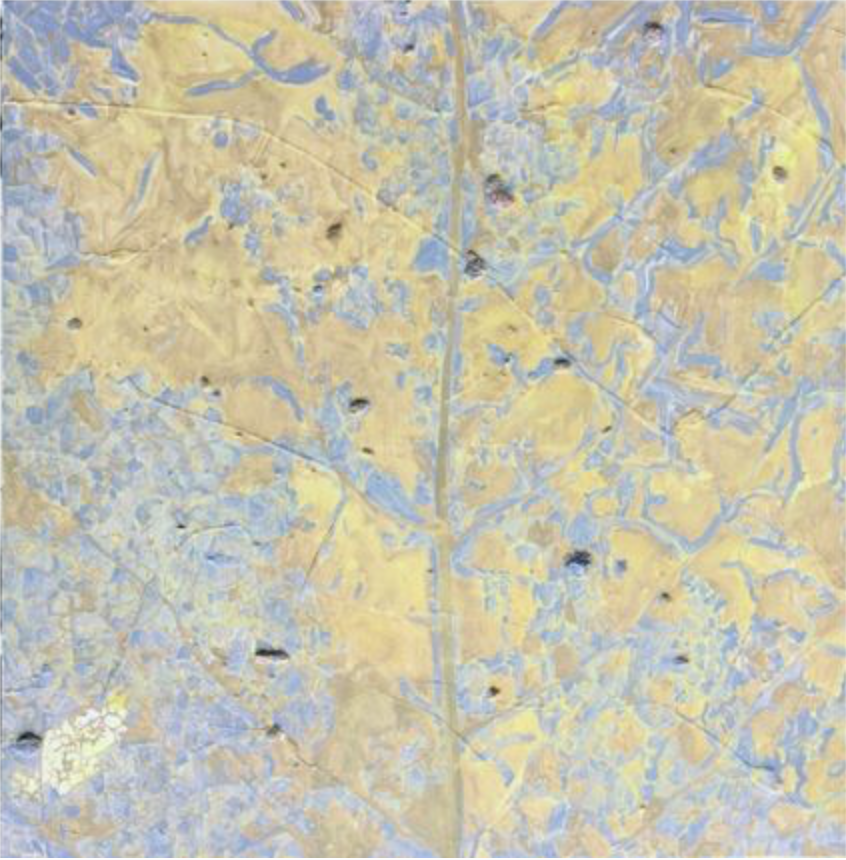 Rethabile Masilo is an award-winning poet who has published four collections; his work has been called “offering against forgetting”. Currently based in Paris, he was born in Lesotho, where he lived until he was forced into exile with his family. His new and selected poems are scheduled to be published this year.

Isabel del Rio is a prolific bilingual poet, novelist and prose writer whose work is experimental, wide-ranging and above all, concerned with the possibilities of language and its ethics. Her autobiography in fragments, A Woman Alone, looked at the legacy of the Civil War in Spain refracted through one life. She uses fantasy, sci-fi and experimentation to investigate the oppression of women and nature.

Sudeep Sen is a world-renowned poet, editor and literary critic whose poems have been translated into over 25 languages. His prize-winning books include Postmarked India: New and Selected Poems from HarperCollins, and Fractals: New & Selected Poems/Translations 1980-2015. Recognised as one of the finest poets of India, his work has won numerous international awards. His latest collection is Anthropocene: Climate Change, Contagion, Consolation.

Sonia Jarema was born in Luton, to parents from Ukraine. Her work has been published by leading literary journals in the UK and her debut pamphlet, Inside the Blue House, was published by Palewell Press. In it, she writes about being a child of a diaspora and the legacy of violence. Her poetry and art collaboration with artist Cath Rive can be found on https://patternotion.blogspot.com/

Taffi Nyawanza is a Zimbabwean human rights lawyer and writer who lives in the UK. His short fiction has appeared in numerous UK literary journals including Afritondo, The Voice, Lumiere and The National Flash Fiction Review. His pamphlet The Men Who Have No Knees, was published by Exiled Writers Ink in 2021.