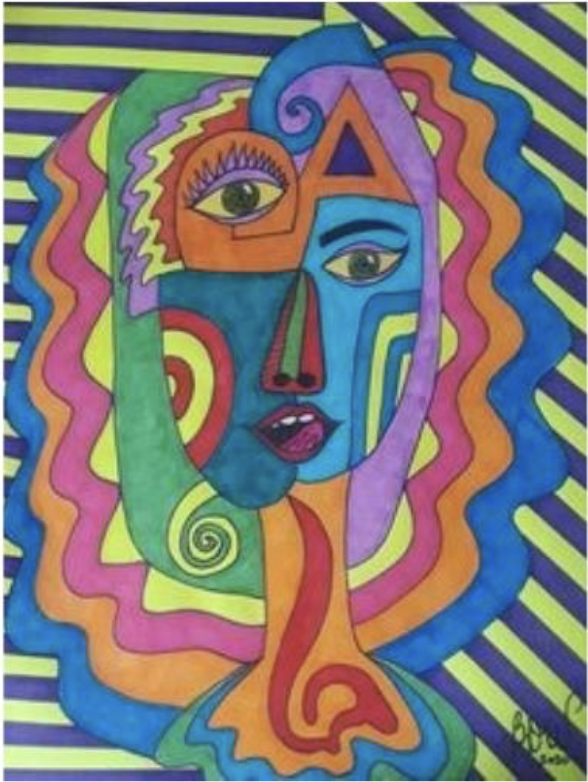 Atef Alshaer is a published poet and translator. He is the author of several publications in the fields of language, literature and politics, including Love and Poetry in the Middle East. He is a Senior Lecturer in Arabic and Cultural Studies at the University of Westminster.

Mabel Encinas-Sánchez became a migrant by chance (later she remembered that mum and dad were also migrants – but inside Mexico). She works in education, which she considers a political act and an act of love and hope. Her first book, I am Adila from Gaza, is for children, and deals with themes of loss and hope.

Abol Froushan is a poet, critic and Iran editor of Poetry International.

The founder of Obsidian, Nick Makoha is a Ugandan poet and playwright based in London. His debut Kingdom of Gravity was shortlisted for the Felix Dennis Prize and nominated by The Guardian as one of the best books of 2017. A Cave Canem Graduate Fellow and Complete Works Alumni, he won the 2015 Brunel prize and 2016 Derricotte & Eady Prize for his pamphlet Resurrection Man. He was the 2019 Writer-in-Residence for The Wordsworth Trust and Wasafiri. His play The Dark was directed by JMK award-winner Roy Alexander and shortlisted for the 2019 Alfred Fagon Award. His poems have appeared in The New York Times, Poetry Review, Rialto, Poetry London, Triquarterly Review, Boston Review, Callaloo, and Wasafiri.

Mehrangiz Rassapour (M. Pegah), poet, literary critic and editor of Vajeh (Word) magazine, was born in the South West of Iran. She has published four collections of poetry in Persian. Her work has been translated into many languages, including English, French, German, Polish and Italian. Her first collection in English is The Planet of the Immortals (Exiled Writers Ink, 2021).

Isabel Ros-López was born a migrant and has been writing poetry and songs since childhood. She is still at it. She wants to change the world with others, with you. Peace and social justice. Together. She publishes and records when she can; mostly works, sings and performs. She says that intersectional feminism rocks!

Erkut Tokman joins us from Istanbul.

He is a Turkish poet, actor, visual artist, editor and translator. He is one of the founders of AÇIK ŞİİR (OPEN POETRY) movement which is mainly dedicated to avant garde and interdisciplinary performance poetry. He has five poetry books published, the latest one is called Lupoc (2019). His interviews with Orhan Pamuk, Joyce Carol Oates, Adonis, Aslı Erdoğan, Milo De Angelis, Knut Odegard etc. are published in international magazines such as WLT, İtalian PEN review, Poesis International. He won the İtalian Ministry of Culture Translation award, 2019; ‘Messina Citta di Arta’ international poetry prize and ‘Salvotore Quasimodo Jaci Poetry Award’ in Italy. He is the president of the İntercultural Poetry and Translation Academy of Turkey (IPTAT) and member of Turkish and İtalian P.E.N working in WiPC (Writers in Prison Committee).

Reverse the Gaze:Taking Back our African Narratives 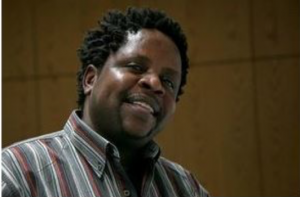 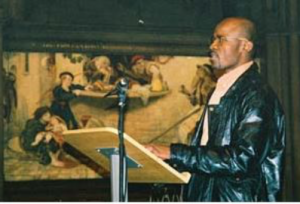 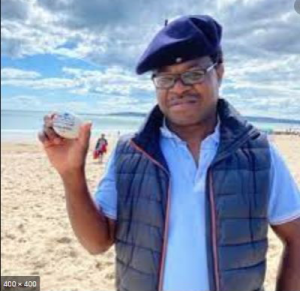 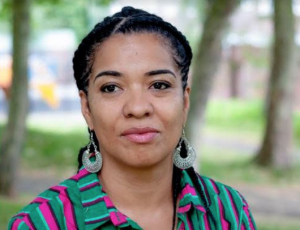 Robert Kabemba Mangidi is a Manchester-based prolific poet and political activist born in Kinshasa in the Democratic Republic of Congo.
He has performed his poetry widely including at Place of War at Manchester University International Conference, Exodus Centre, Freedom from Torture and BBC 4. He is a graduate of Lubumbashi, Wits, Bolton and Manchester Metropolitan Universities.

Christopher Mlalazi is a novelist, playwright and poet from Zimbabwe who is currently exiled in Mexico City.
He is the author of the novels Many Rivers (2009), Running With Mother (2012) – translated into Italian and German – They are Coming (2014), and the story collection Dancing With Life: Tales From the Township (2008), for which he was awarded the Best First Book Prize in the National Arts Merit Awards in Zimbabwe.Mlalazi has written and presented on stage in Zimbabwe eight plays, including the co-authored The Crocodile of Zambezi, winner of the 2008 Oxfam/Novib PEN Freedom of Expression Award, and Election Day,

Taffi Nyawanza is originally from Zimbabwe and now lives in Coventry. He is a writer and human rights lawyer.
He is a National Flash Flood Best of the Net 2020 nominee. His short fiction has appeared in various places, including PerHappened mag, Untitled: Voices Journal, Kalahari Journal, Palewell Press and MIROnline. His manuscript of short stories was shortlisted by The St. Lawrence Book Award 2020. He was on the Exiled Writers Ink 2020 Mentoring and Translation programme and published a chapbook with them titled ‘The Men Who Have No Knees’.

Olumide Popoola is a London-based Nigerian German writer and speaker who presents internationally. Her novella this is not about sadness was published by Unrast Verlag in 2010. Her play Also by Mail was published in 2013 by Witnessed (edition assemblage) and the short story collection breach, which she co-authored with Annie Holmes, in 2016 by Peirene Press. Her full-length novel When we Speak of Nothing was published in the UK and Nigeria in 2017 and in 2018 in the US (Cassava Republic Press). 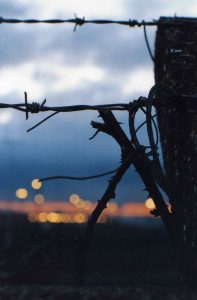 An Evening with Albanian Poets from Kosova, Albania and North Macedonia 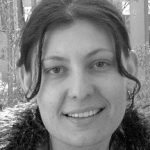 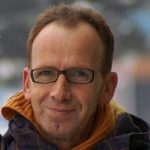 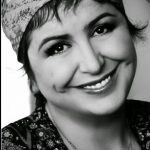 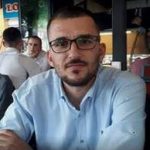 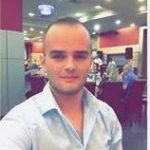 plus discussion
compered by Valbona Luta of Exiled Writers Ink

To attend the event, please register at:

LIVING IN THE IN-BETWEEN

An Evening of international poetry linked by a theme of Poland running through the lives of the featured poets:
Teodor Ajder from Moldova, previous USSR
Anna Błasiak from Poland
Kholoud Charaf  from Syria
Daedalus Chaos (DJ Lawrence) from Texas, USA
Aaiún Nin from Angola
Maria Jastrzębska from Poland 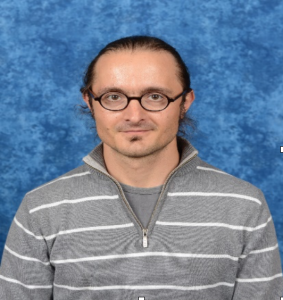 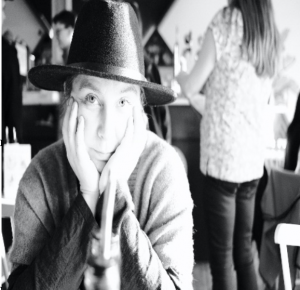 DJ Lawrence is a Texan-born performance artist and writer, who works in numerous artistic fields including rap (known as D’Chaos), painting, and comedy. Known across Europe for his spoken word and slam poetry talents under the moniker Daedalus Chaos, his ironic style veers between self-deprecating humour, insightful social commentary, and satire. Daedalus has performed in multiple festivals and slams in several countries: Germany, Belgium, France, Italy, Denmark and Poland. 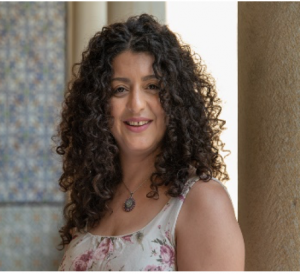 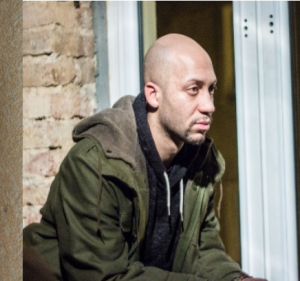 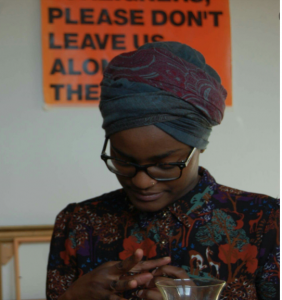 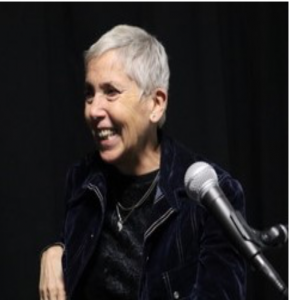 Teodor Ajder was born in the former USSR, in Chisinau, Moldova. Teodor is a writer, psychologist, special educator, translator, curator and poet. He is the author of a number of books (in Romanian and Polish) in which the topic of migration is prevalent – MO[PO]JARO (2010); The Mēn Mask is For A Japanese Girl (2008, reedition 2019); Vurda, The Heart’s Replacement (2003), Hour of Love (2002), Allofus (2020). The #4 issue of Mămăliga (2019) is a Romanian-Polish anthology of recent Polish protest poetry.

Kholoud Charaf is a poet, an art critic, a publicist, and a social activist, a medical technician by profession. She studied Arabic literature. Charaf has published four books so far, including the volume of poetry “The Remains of the Butterfly”, in which she lyrically deals with the war in Syria and life “between loss and hope”. Her poems have so far been translated into a total of ten languages .In 2018 she held a scholarship of ICORN in Villa Decjusz in Krakow for 2 and a half years.

Aaiún Nin is a poet, mixed media artist and activist from Angola. In her work she addresses the issues of race, ethinicity, migration and various forms of sexual discrimination. In Denmark she worked in collaboration with artists and activists socio-political movements oriented towards empowering queer racialised minorities. Aaiun has performed at various festivals in Oslo, Copenhagen, had an exhibiteion at Aaros museum in Denmark. Her first book On The Blackness Of My Skin was published in Denmark last year. She is currently a poet resident in Kraków.

Maria Jastrzębska was born in Poland and came to the U.K as a child. Small Odysseys, her fifth collection, will be published by Waterloo Press later this year. Her selected poems The Cedars of Walpole Park (2015) were translated into Polish. Her poetry is much anthologised and features in the British Library Between Two Worlds – Poetry and Translation project. She co-translated Elsewhere by Iztok Osojnik (Pighog 2011) and The Great Plan B (Smokestack 2017). She is the co-editor of a number of anthologies, including Queer in Brighton (New Writing South 2014). Following a Wellcome Trust award, her drama Dementia Diaries toured nationally Recently, a triptych of film-poems of Maria’s poems was a part of Snow Q, which has been screened internationally.

The event is compered by
Agata Palmer, a poet member of Exiled Writers Ink

To attend the event, please register at:
https://www.eventbrite.co.uk/e/international-poetry-cafe-living-in-the-in-between-tickets-168788427731