The Water Between Us: More on Poetry and Exile 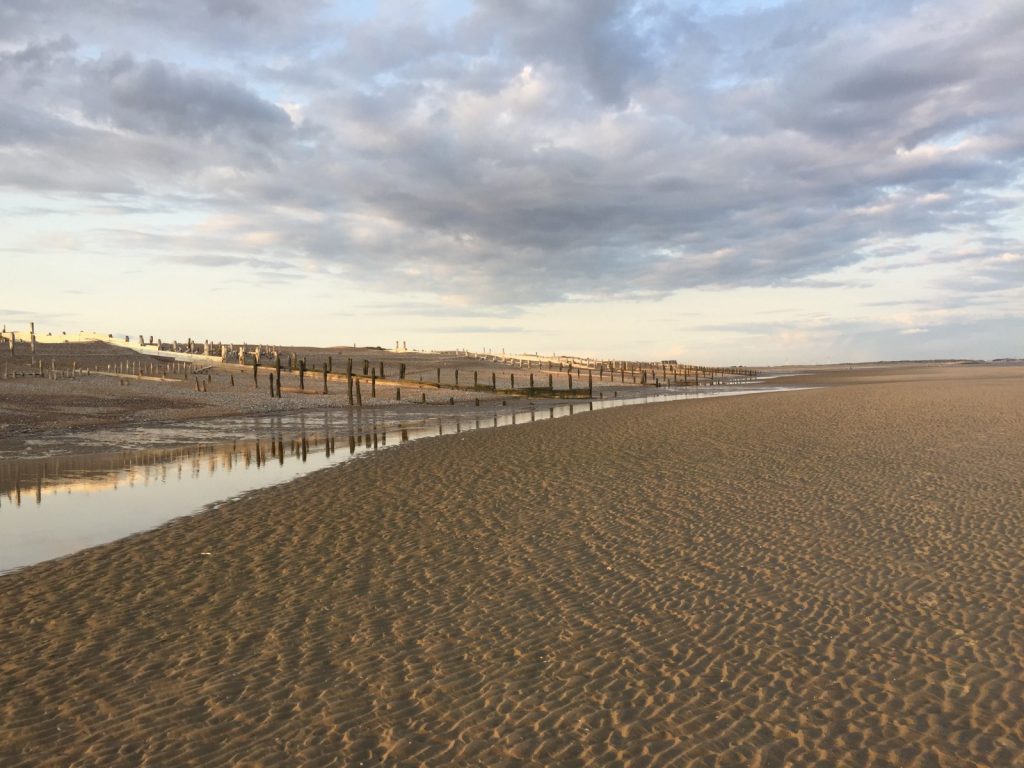 Shortly after Donald Trump was elected I was invited by Exiled Writers Ink to read at one of their Poetry Café events. Although an organisation supporting exiled, refugee and immigrant writers did not usually invite Americans, on this occasion, they wanted to hear from a U.S. citizen. Not long after the reading, I was asked to join the board, and I have been a member and supporter since. In this time when the countries where I hold citizenship — the US and the UK — have become so divided, I truly value an organisation that creates a monthly space of attentive listening across the gaps of culture, including voices who may not be otherwise heard.

On Monday, September 3 I attended an event hosted by the poet Aviva Dautch called Between Two Worlds. I’d heard Aviva read but this was her first event as a member of the EWI board. Aviva is a joyful, charismatic and generous writer whose poems delve into some pretty dark territory — domestic chaos, mental illness, the vulnerability of childhood. Somehow the four poets who read were like their host — warm people, powerful readers, and brave explorers of troubling themes that were relevant and urgent as our uneasy news headlines.

Maria Jastrzebska is a Polish British poet who lives in Brighton. I first found her work in the EWI on-line journal, a poem about a benign cypress tree shaped like a prayer, written in the wake of the Brexit Referendum. She was searching for anger and found sadness, and again in a poem subverting the word “vermin”, a child’s voice turned condemnation into tender hope. Jastrzebska also read a selection from her forthcoming The True Story of Cowboy Hat and Ingenue, narratives written between prose and poetry, between travelling lovers, between the human and the animal world, between home and away.

Former EWI Chair Abol Froushan is a poet, critic and performer who has published in Persian and English. He read a series of recent poems about transformation. Framing the question of “between” as an exercise in displacement, the poems imagine the space between genders, between dream and waking, between land and sea, between representation and reality. Using images on his i-pad and framing the poems with stories, he also explored the space between poetry and prose, the audio and the visual.

Sarala Estruch read first after the break. An emerging and critically acclaimed poet whose work was selected by Hannah Lowe to appear in the third Primers collection, she is the child of a mixed marriage whose family mythos stretches from upper crust Uttar Pradesh to working class France, filtered through an English homeland that appears alternately menacing and embracing. These were poems that seemed to balance between two weights — between hope and mourning, between “the sanctity of love” and the prohibitions of “race and creed”, between past and future. Her final line — that “love carries more weight than the human tongue” felt like a promise.

The final poet of the evening was the award winning Ugandan exile, Nick Makoha, who read from his collection Kingdom of Gravity, named by the Guardian as one of the best books of 2017. These were richly layered, tense and powerful narratives that delved into the dark history of the Idi Amin regime, each visceral, physical and shocking. The poems balanced between the deep specifity of observation and the mythology of collective history, between tenderness and rage, between the inescapable world and our need to fly away.
I once spoke to a woman I worked with at Amnesty about the emotional impact of researching human rights abuses around the world. Looking at events on a large scale encourages a sense despair, she told me; things always seem to get worse. But up close, on an individual level of human connection, there are so many reasons to feel hope.

How could we not finish the evening filled with hope — despite the dark themes of division, war, violence and racism the poems explored?

The evening was framed with songs performed by the Israeli Sardinian English choral conductor, Sarit Aloni. Her songs were deep rooted and universal, linking ancient cultures and modern interpretations, a lone voice on stage with a piano who brought the whole room together. One of my students, a Yemeni poet, called her “an angel opera voice.”

In the last two years, I have hosted poets and writers from Latin America, Palestine and Iran. I’ve listened to writers from all over the world read, and been moved by words, images and narratives far beyond my own experience. I went to a women’s writing event where a poet and publisher from Chile met a novelist and memoirist from Iran. Both survivors of imprisonment for their human rights work, they have now put out a book together that stands as an act of imagination against the wounds of history. I have read at a Bangledeshi Mela with a poet from Nicaragua and volunteered at a conference where young poets from Afghanistan and Iraq gave papers alongside older exiles from Hungary and Yugoslavia.

Only at EWI, I thought, could these disparate voices speak to each other in this constantly interweaving way. Water was an image and a theme that appeared in and between all the poetry on Monday. Maybe it is not surprising — water is the universal element of exile; the waters we cross and the water that links us, body by thirsty body.