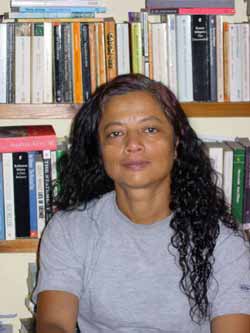 Shereen Pandit was a South African lawyer and political activist before coming into exile in the UK in 1987. Her short stories have appeared in many anthologies and magazines and have won several prizes, including the Booktrust London Award. She also writes articles and reviews for newspapers and magazines.
http://www.freewebs.com/shereenpandit/index.htm