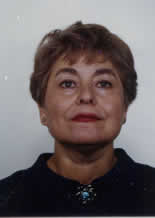 Pari Mansouri, Iranian writer and translator, was born in Tehran, Iran in 1936. She studied at Tehran University and has a BA in English Literature and an MA in Social Sciences. She was a teacher of English language for 20 years until 1975, when she asked for early retirement and a year later she moved to England with her husband and children. She has translated and published 10 books by such writers as André Maurois, E. Nesbit, Jules Verne, George Eliot and Ivan Turgenev. Several of her short stories and translations of other writers’ works have been published in Persian journals, both in Iran and abroad. She received two awards for the best translated book of the year in 1963. Her latest book of translation is a selection of short stories by notable writers of the world. Among her own published work is her novel Above and Beyond Love and two books of short stories Entertainment in Exile and No, I was not Dreaming. Her latest book due for publication is The Hidden Wound. The English version of her short stories The Glass Marbles and Anxieties from Across the Water have been published in the following books: Crossing the Border, Editor: Jennifer Langer, published by Five Leaves Publications and Another Sea Another Shore, Editors: Shouleh Vatanabadi and Mohammad Mehdi Khorrami, published by Interlink Books