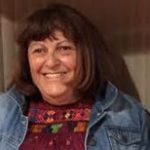 On 21st August 2021 I receive an e-mail from an Afghan writer who had previously lived in Britain and has been working as a journalist in Afghanistan and needs to return to Britain. I had innocently asked him whether he and his family were back here and receive a response which is concerning ‘Tried once to get to the airport but returned home after spending five hours in the chaos. Trying to find a safer access.’

A writer in Herat, Afghanistan has sent me short stories and in the accompanying e-mail, the author tells me on 10th August: ‘Now the Taliban are around Herat. They have captured five provinces and the areas in most of the provinces are under their control. I am working on another story in these days. It is about a day since the Taliban made progress around Herat and the people thought they would capture Herat. I want to show what the people said and how they felt in that day and the days before. I don’t know what will happen tomorrow or the day after. Anyways I will continue my writing.’ The need to write about the events and to articulate the fear and anxiety is crucial for the author.

I am told that currently eighty-seven writers and poets are trapped inside Afghanistan and that it is too dangerous for them to travel to the airport and in any case, it is unlikely that they hold an overseas nationality. There is panic and fear among women journalists and those in the media because they have spoken out against the Taliban and therefore angered them. Many are now in hiding.

As director of Exiled Writers Ink, I can categorically say that we will provide a safe, welcoming space for the Afghan writers who manage to reach these shores but who have left everything behind not knowing the kind of life to which they were heading. Over the years I have encountered several exiled Afghan writers, one of whom was the revered poet Behrang Kohdomani. Although he was well-known in the Afghan community here, his work had never been translated into English, and so Behrang plus a bilingual Afghan born social worker and myself, met several times at a café to undertake this rewarding work. Finally, his long poem titled ‘Kabul’ was born. In it he expressed his love for Kabul, railing against the Taliban who ruled from 1996 to 2001: ‘We are plunged into the abyss of the Stone Age’, and pleading for retribution against them.

As I write this, the Taliban are in control of the whole of Afghanistan. The situation we view nightly of the scenes of desperate Afghans at Kabul airport is heart-rending. Driven by terror, citizens try to flee the dark forces closing in on them. This is a fear that can barely be named, one that possesses the entire self and propels the urge to flee to be saved.

It all evokes the experiences of my parents who were desperate to leave Nazi Germany given the threat of extermination of the Jewish people there. I can only imagine the panic to gain visas for any country that would accept Jews. My mother must have struggled with other frantic Jews to procure a visa from the Uruguayan consul in Berlin and she would have fled to Uruguay had not the consul been recalled, taking with him the precious documentation and visas. Likewise, my father was engaged in the urgent struggle to flee Nazi Germany for a place of refuge and he was contacting all kinds of sponsors, a UK requirement then, even down to his contact at the manufacturer from whom he imported motor bikes for his racing in Germany. The devastating reply was that the contact refused to sponsor my father. Despite all his efforts, my father’s brother remained trapped inside Germany and was murdered at Auschwitz.

And what became of the journalist? I will end by telling you that on 25th August 2021 I received an e-mail from the Afghan journalist that he and his family had made it to London although it was a long journey. I felt greatly relieved.