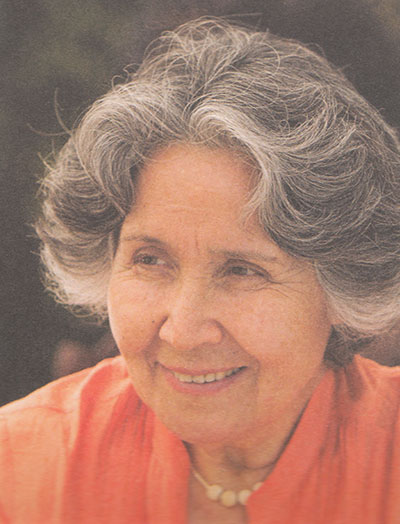 Shabibi Shah Nala has a degree in journalism from Kabul University and worked as a teacher for 12 years in Afghanistan. She lived in Afghanistan as a college teacher married to a political journalist.

Her husband Zafar was imprisoned by the then Communist regime. Shabibi managed to secure his release and Zafar escaped across the mountains to neighbouring Pakistan. Two weeks later Shabibi followed him with her three young children. A year and a half later, in 1984, they arrived in England as refugees. When her husband passed away in 1993, she succeeded in learning fluent English and wrote her
autobiography, Where do I Belong?

Shabibi has worked with numerous charities over the year including The Refugee Project in Croydon. In 1998 after finishing her counselling course she established the Help Point for refugees in Ambassador House in Croydon. In 1999 she received an award from Mayor of Croydon for her voluntary work. From 2010 to 2014 she was the chair of Afghan Paiwand Association a charity dealing with refugees day to day problems.

She is currently a trustee of the Ruth Hayman Trust, a charity helping young people’s education in the UK. She now works as a foster parent for young unaccompanied minors and has successfully fostered three boys from Afghanistan. She is actively involved in helping refugees. She is a published poet in her first language Dari.

After two years of living in a refugee camp in Pakistan, Akbar arrived in the UK aged fourteen. Akbar always remembered that cloudy, late afternoon in Pakistan when he said goodbye to his uncle’s family. Tears rolled down his small cheeks and he felt like a wingless butterfly caught in a storm. He felt powerless, confused, and sad that he had no control over his uncle’s decision. It was the second displacement in his young life and he was devastated. His uncle looked into Akbar’s eyes.
‘Don’t be so worried, you’re fourteen-years-old and a man now. I am sure you will be OK,’ he said. ‘Please look after him,’ he begged the smuggler. The man chainsmoked as he reassured Najaaf.

Najaaf bent down, hugged Akbar and kissed him on both cheeks. Then, without looking back, he entered his small tent, his face wet with tears, consoling himself with the thought that he had at least saved Akbar from jihad.

Left alone with a complete stranger, Akbar’s sense of rejection was like a door slamming in his face. He looked at the strange man with pleading eyes. The trafficker picked up Akbar’s small bag and indicated with his head that it was time to go. Akbar walked behind him. On the way, the smuggler collected three other teenage boys from different areas. Then the long journey started from Pakistan to Iran, at night, through deserted, dark and unknown surroundings.

Occasionally they would see a tiny glimmer of light in the far distance. At four o’clock in the morning, when they were tired and couldn’t walk any further, the trafficker let them rest in a forest.
For days on end they did not see a single soul around.

They walked for miles and miles in the hot desert until, at last, in the middle of a pitch-black night they reached Mashad, a town in north east Iran. The smuggler took them to a dilapidated house hidden among tall trees, where they met another man who was waiting for them.

He had a long face with a scar on his right cheek, a dark bushy beard and moustache and a belly that bulged through his worn-out shirt. He spoke Dari with an unusual accent. He was not Afghan but the boys could not figure out where he came from. Perhaps Iran or Kurdistan? He had a strange way of laughing and made a sound like a bird. Every time he laughed it was as if he had a pain in his stomach.
The children were all given a piece of bread, a large tomato and a glass of water and then were sent to sleep in the same dark room which smelt of unwashed bodies and sour metallic objects. The two men took a chalam out of the room to smoke their hashish as they discussed and how much this trip had cost them.

The next morning when the boys got up, a different man came into the room.
‘Get up, get up you lazy boys. Breakfast, is ready,’ the new man said.

Breakfast, consisted of a thin piece of flat bread and a cup of black tea with lots of sugar. The new man told
them that he was in charge of them from then on. The previous one had disappeared.