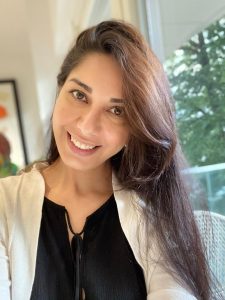 Sana Nassari is a young award-winning Iranian writer, poet, and literary translator. She has so far published one novel of her own as well as translations of three novels by the American writer Karen Joy Fowler and a novel, The Graveyard, by Polish writer Marek Hlasko. She also has the translation of a novel by Isaac Bashevis Singer under publication. A chapbook of her short stories, These Two Roses, has been recently published by Exiled Writer Ink, London 2021.
Her poetry collection, O Delilah, due to be published by a reputable publishing house, Morvarid, was banned by the censoring authority in Iran. Sana’s poem, ‘The Death Foretold’ is published in an anthology called Translating Migration: Multilingual Poems of Movement. Her poetry has been inspired by ancient scriptures and historical texts, while her short stories focus on trauma and the traumatic experiences of contemporary Middle Eastern men. Being raised during the Iraq-Iran war, she specifically depicts the moment of reaching the breaking point in the human relationship during the war in her short stories.
Sana is currently studying the M.A. programme in History of Art at SOAS, University of London.

In the Reed Field

I walk in the reed field

the day is gradually getting short

I feel the time is running away

I walk in the reed bed

I feel these small scratches

and whisper a poem

that I have never read.

I do not speak about you

the wind makes the reeds whine