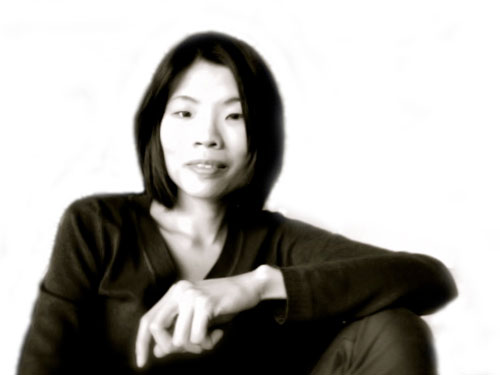 Fiona Sze-Lorrain is a poet, editor, translator (in three languages), and concert zheng harpist. Born in Singapore, she graduated from Columbia University and New York University, and also holds a PhD in French at Paris IV-Sorbonne. She has published two volumes of poetry,My Funeral Gondola (Manoa Books/El Leon Literary Arts, 2013) and Water the Moon (Marick, 2010). She has published several books of translation from Chinese to English by contemporary PRC poets (Zephyr Press and forthcoming from Tupelo), and two books from English to French, most recently the work of Mark Strand. She lives in Paris, France. (www.fionasze.com)

Until the quavers become feathers of a fountain, Ravel remains a beast that charges through the room. G sharps and B flats are four times as restless. Phrases unshapely, notes flutter like fish out of an aquarium. Arpeggios, says Martha, must be water, touched at room temperature and without edges. Staccatos are black stones you go inside. You can’t jump too high, you must weigh less than the stones. I am nine and here is where wisdom should begin. Très doux. Très expressif. Très rapide. I am working on three ways to enter a fountain. I found five. Imagine butterflies in a lightful dome. Imagine clouds a belt around your waist. These are the best two to sustain the flight. To spend the pedal. To betray the title. If only I knew fountains never look the same.
© Fiona Sze-Lorrain, My Funeral Gondola (El León/Mãnoa Books, 2013)