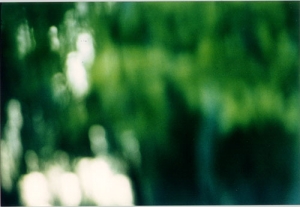 THE WAR OF THE ROSES

Once I had a garden of roses.
I used to celebrate their smell and worship their forms.
Many passers-by would stop on their way and bend their heads to their beauty.
Until one night a rock-slide destroyed my garden, mashing rose petals with the soil.

On the ruins of their smells I have built again the garden
and enclosed it with a wall.
Passers-by said –
We will help you to build a taller and stronger wall.
And they built it. And they set night-watches to protect my garden from the rocks,
and other misfortunes.
Now many more strangers were coming from everywhere to offer admiration to
this Kingdom of Beauty.
We want to look after them too, they said to the night-watchers.
We want to be close to them and to drink from their petals.
No, said the night-watchers, we are the only keepers of the Beauty.
And the others said, they belong to us as much as to you.
Why are you hiding them from us?
That is how the war of the roses started.
In anger and hatred they destroyed my garden.
So I began to cultivate the garden in myself.
The garden of the imprinted smells and colours of my roses.
Since then, I have met many others
with gardens inside themselves.