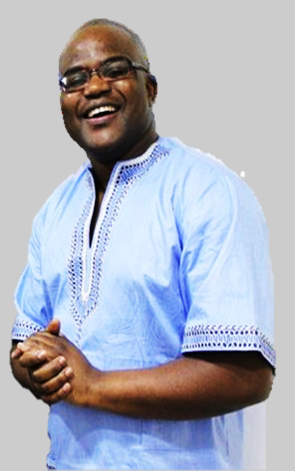 Dumi is an internationally acclaimed poet and children’s book author born in Zimbabwe. He has performed in honour of Mandela at the invitation of BBC Radio Leicester and has been a guest speaker at the 2014 UN Human Rights Council 25th Session in Geneva and the Houses of Parliament, UK.

He has been personally mentored by Civil Rights legend Clarence Thompson, OBE. His poetry has been published in several countries including Ghana, Canada and Germany. His debut children’s book “The Day the Sun Promised to Smile FOREVER!“ was published in Geneva and translated to five languages to help raise funds for “Innocence In Danger”, a children’s foundation established at the initiation of the UNESCO Director General. He has shared the stage with leading African personalities at the Oxford University Pan-African Conference including HM King Letsie III of Lesotho, Hon. Pravin Gordhan Minister of Finance, South Africa and Dr. Guy Scott, Vice President of Zambia.

Dumi has appeared on stage and performed with the world famous Royal Philharmonic Orchestra, been a winner of the Zimbabwean Achievers Awards and nominee for the BEFFTA Poet of the year Award. In 2014 he was appointed the first ever Ambassador of the Zimbabwe Educational Trust. He has gained international reputation for peace activism and work to inspire young people.

Black, White, Brown, Mixed… So What!

Need I blow the vuvuzela?
To make you understand my brothers and sisters
That a rainbow is a rainbow because of all its colours

I’ve been watching children play, watching them grow
They miss nothing and see everything
Everything but the colour of skin colour

Life in their eyes
Is like a big lollipop with stripes
Why can’t we all be children like?
Black, white, brown, mixed… so what!

Oh yes! I am aware of history
Aware of its ugly faces I am
Evil too and its recycled phases breeding doom

But history just like the seasons transitions with time
There are times of winter, droughts and famine
But just as sure as day will follow night
The rains will come
Times of plenty and plenty of sunshine
Black, white, brown, mixed… so what!

That line has been crossed
And I for one am cross
To see such great work
By such greats
Put to such great waste
Black, white, brown, mixed… so what!

Does it count?
That I count as the minority of the county
Why does the colour of my skin break the banks of their patience?
They that are not gifted with colour blindness
That see not beauty deeper than skin pigment
Carry they excuses hollower than elephant tasks
That will not forgive the past

Their ignorance can be trusted to take more to the grave than flying bullets
And their hate to enslave more than binding chains
How better are they than cats and dogs?
That hate for the sake
How sad are we to feed off the hate bowl?
For goodness sakes
Black, white, brown, mixed… so what!

Black, White, Brown, Mixed… So What! Is one of Dumi’s flagship poems written in honour of heroic figures like Mandela who have influenced his outlook on life and humanity in a very personal way, but also for many unsung heroes and heroines daily struggling for racial equality throughout the world. Dumi has performed the poem at the Exiled Writers Café on three occasions. The performance invites the audience to participate and answer back, which makes the poem enjoyable and accessible.