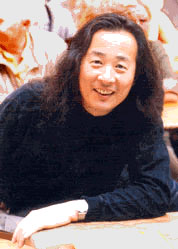 Yang Lian, poet and literary critic, was born 1955 in Bern, Switzerland, where his diplomat parents were stationed. He grew up in Beijing and struggled through the Cultural Revolution, which swept him up at the age of 11. Yang Lian began publishing poetry in China in 1979. His most recent poems, essays and theoretical writings have been collected and reprinted in two volumes as Yang Lian zuopin(1998: Shanghai Wenyi Chubanshe, Shanghai), a work amounting to a total of over 1000 pages. Yang Lian was based in New Zealand until 1993 and became a New Zealand citizen. He worked for a time in the University of Auckland Library, which holds some rare early publications and associated manuscripts. Since 1994, London has been what Yang calls ‘Central Station’ for extensive travel in Europe, the US and Australia. His poems have been published in English in literary magazines in Hong Kong, Australia, USA, Canada, and the UK. His major English-language books include the following: ‘Masks and Crocodile’, translated by Mabel Lee (1990: Wild Peony, Sydney), ‘The Dead in Exile’, translated by Mabel Lee (1990: Tiananmen Publications, Canberra), ‘Where the Sea Stands Still: New Poems’, translated by Brian Holton (1995, 1999: Bloodaxe Books, London). This book was named “Poetry Books Society Recommended Translation” (1999) in the National Competition of Foreign Poetry Books in English Translation, UK and ‘Yi’, translated by Mabel Lee ( 2001: Green Integer, Los Angles).Yang Lian currently lives in London and continues his writing career. He is married to the novelist Liu Yo yo.