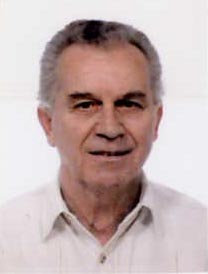 Mirzo Mustovic
Before coming to the UK as a refugee in 1993, he was professor of French Language and Literature at the University of Mostar. During his studies in France (1957-59), he wrote some poems in French. Before the war, he published many poems in Serbo-Croat: the chronicle ‘Skrivena tvrdjava’ (Hidden Fortress). After the Bosnia-Herzegovina war, he published a lot of true stories concerning himself and the suffering of people around him. As a refugee in London, he succeeded in finishing his first novel ‘Da je bilo srece..’ (If there were any luck…), which was published eight years after the end of the war. He has just sent another novel to his publisher ‘Unutrasnja ogrebotina’ (Internal Scratch).
From 1970 to 1975 he was director of the National Theatre in Mostar. Prior to this, he wrote a play ‘You too father!’ that he translated into English with Martin Taylor. This play has not yet been staged.