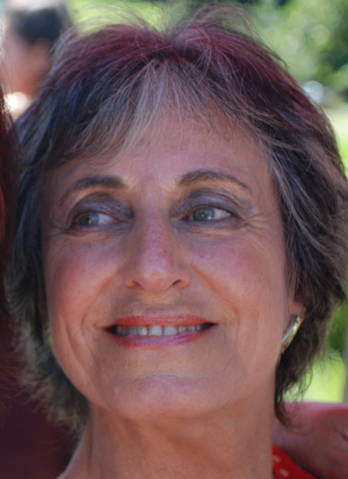 Miriam Frank was born in Barcelona, Spain, the year the Spanish Civil War broke out. Both her parents were émigrés, her mother having defected from her native Germany on Hitler’s rise to power, while her father had left his adoptive country, the U.S., which he had reached in his childhood from Lithuania. The fall of Spain to Franco initiated Miriam’s journey of perpetual uprooting and dislocation. At the age of two she moved to France with her mother where they hid from the Vichy French authorities and WWII German occupiers, finally gravitating to Marseilles where her mother managed to obtain the necessary stateless documents and passage to Mexico via Casablanca.

In Mexico City, Miriam relearnt Spanish and went to primary school, until her mother decided to join her sister in New Zealand, her adoptive country. Here Miriam learnt the English language, ways and conduct, attended secondary school, and resolved to study medicine to break the cycle of pain and confusion and – in contradistinction to the doctrine of death and destruction, that produced the Holocaust she narrowly missed – to assist in the pursuit of life, health and well-being.

Following her graduation and resident hospital work , she returned to Europe in search of her origins. She worked in Jerusalem’s Hadassah Medical School Hospital and sampled, for the first time, living in a country where she was fully accepted, which paradoxically gave her the strength to dispense with nationhood and the need to “belong”. She moved to Britain where she met and married an artist, once Kokoschka’s chief assistant at his Austria-based, international art school, gave birth to two daughters, Rebekah and Anna, and embarked into her postgraduate studies and work in anaesthesia with its focus on pain relief, the promotion of healing and sustenance of life. She obtained her Fellowship in Anaesthesia and became a senior lecturer and consultant at the Royal London Hospital. She also helped her husband establish an art school in Italy, started translating Latin American and Spanish literary works into English, and launched into her own writing. Her autobiography, My Innocent Absence, was published by Arcadia Books in 2010. It was described by Moris Farhi as “A poignant and beautifully written saga of migrations which punctuates the history of our times and offers hope of a future wherein the spirit of humankind will finally obtain the coexistence of peoples.”

My Innocent Absence was longlisted for the PEN/Ackerley Prize, and has been reviewed in various British and foreign press.
The Independent: http://www.independent.co.uk/arts-entertainment/books/reviews/my-innocent-absence-tales-from-a-nomadic-life-by-miriam-frank-2066926.html
The Camden New Journal: http://www.camdennewjournal.com/reviews/features/2010/nov/feature-author-miriam-frank-owl-bookshop-kentish-town-thursday-december-2
The Lancet: http://www.thelancet.com/journals/lancet/article/PIIS0140-6736(10)62201-5/fulltext
Amazon reviews: http://www.amazon.co.uk/My-Innocent-Absence-Miriam-Frank/dp/1906413673/ref=sr_1_1?s=books&ie=UTF8&qid=1310288052&sr=1-1
Facebook: http://www.facebook.com/groups/157208407628632/
Website: http://www.miriam-frank.com/

“One can no longer say: ‘I’m a stranger everywhere’, only ‘everywhere I am at home” D.H.Lawrence

Casablanca, 1941.
A large passageway … Or was it a veranda? Perhaps more like a big empty hall. The floor was stone, or maybe well-worn marble. Tall, sweeping arches across the length of the wall looked over the street – or were they windows? – opposite our space on the floor against the solid wall. The mattress marked our place. The mattress and the area next to it where all our possessions – in my mother’s small square trunk and our old suitcase – now stood. My mother had dug out my nightdress from among our packed clothes; she was now pulling off my dress as I stood facing her on the mattress ready for bed.

The day had been exhilarating. Never before had I seen such long white flowing robes. They glided along, swathing everyone everywhere. Even those old men sitting about on the ground in the dazzling light, by the side of the dirt road, were wrapped in them. Ce vieux, qu’est-ce qu’il fait là-bas, Maman? They also flapped around the lively men rushing and shouting behind their stalls in the open air bazaar – the white canvas overhead curbed the fierce sunlight – as I tiptoed round breathlessly examining their unfamiliar wares, resisting my mother’s attempts to move on. Those crossed red and black leather sandals, Maman, please can I have them? That darling little terracotta jug! But oh, the women! Maman, why can’t we see their faces? Darting dark almond eyes tantalisingly imprisoned in the narrow gap between the white veils stretched across their cheekbones and the white cloth draped over their heads to slide down into their fluid white robes. And white here was whiter, in this hot bright light. And everywhere the bustle and chatter, the earthy smells, the dusty dirt paths.

But now it was night-time and we were getting ready for bed. Our mattress. One in a long row of straw mattresses, lying side by side, heads against the wall – on and on, as far as I could see – each lodging a family in transit from Marseilles to Mexico.