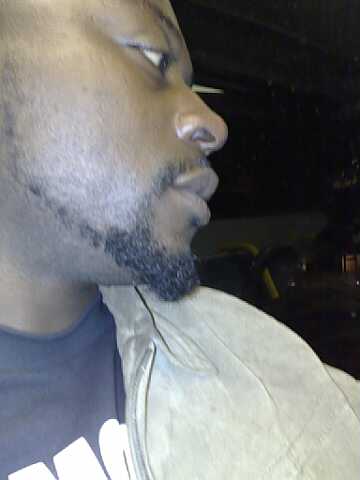 Eric Ngalle Charles is a story-teller with so many tales to tell.
He left his homeland Cameroon in fear of his life. He ran with crime gangs in a lawless underclass in Russia.
And now, still just 26, he works hard in Wales to bring the stories of other refugees to life.
He sees Wales – he arrived in 1999 and now has full citizenship – as the country of his rebirth.
And, like all struggles for new life, his is a mix of pleasure and pain.
There is joy to be finally doing what he wants to do, writing poems and working on a book, but sadness at the distance between himself and his family.
Eight years ago he had no choice but to leave. Throughout his childhood, Eric had witnessed people’s rights and freedoms being restricted. His family were members of the English-speaking community in Cameroon, but political and economic power lay with the French speakers.
By the time he went to university in Buea in 1996, he was writing political articles and supporting the Cameroon Anglephone Movement (CAM), one of the country’s major pressure groups.
Then, the following year, opposition parties boycotted a national election and trouble broke out. It was that day, November 27, 1997, Eric knew he had to flee.
“There were gangs on the streets, some sympathetic to the Government and others in opposition,” he says. “People were being burned in tyres in broad daylight. People I knew where losing their lives. There were riots and I was attacked and then arrested.”
Eric spent three days in prison and, once he was free, he fled the country via neighbouring Nigeria and found himself on a plane to Russia, where he arrived with $24 US. That was the start of a terrifying two years in which, with no official right to be in the country, he fell prey to criminal gangs. It is the part of his life which most helps him aid other refugees who go through struggles to find safety.
“I hear many things in other people’s stories that take me back to those days,” he says. “I know that criminality is an option when you are desperate but I could never go back to that. Being in a country the size of Russia and being illegal, being locked up regularly in police cells, having no legal rights, and seeing the money laundering and people trafficking, was very frightening. I was only 17 or 18.”
His arrival in the UK changed everything. After an appeal he was granted full refugee status and began to put down roots in his new home, Cardiff.
He started a family and, although he is now separated from wife Debra, he relishes his role as father to step-daughter Nicole, 10, and his own daughter Jolie, four, who is named after his mother.
He began voluntary work with other asylum seekers but now pursues writing projects and in July will oversee the launch of a new book Soft Touch?
Released as part of Wales’ Refugee Week events, the book features five of Eric’s poems and work from refugees from around the world who attended writing workshops led by Eric in Swansea, Wrexham and Cardiff.
Now in the second year of a Modern History and Popular Culture degree course at University of Wales Institute Cardiff, he also recently received a £1,800 bursary from Academi, the writer’s development agency in Wales, to work on a book, Journey To Wales.
“When I arrived in Wales I knew what I wanted to do,” he explains. “I wanted to adapt and not be who I was in Cameroon or in Russia – I had to exorcise those ghosts. I wanted to blend in and go to university.
“I knew also that I wanted to write. To tell the story of a refugee with integrity and to help other people put their stories into perspective. I hear stories from people which are far worse than mine and so think that by helping people write their experiences there will be a lesson in there for others.”
As well as a desire to ‘get involved’ in his new country, he says there were two other things which helped him a great deal. He spoke English and he played football, joining a local side.
The sport gave him a perfect way to make friends. Many people remembered the valiant campaign of football star Roger Milla and his team-mates during the 1990 World Cup when they were knocked out in the quarter finals by an extra time penalty from England’s Gary Lineker.
“I talked about Roger Milla and people understood about Cameroon. People would tell me about the game against England, how they supported Cameroon and so wished they had won!”
He describes the writing which occupies his spare time as his ‘nostalgic life’, always looking back.
He has been unable to see his mother, three sisters and brother since he left Cameroon. Another sister, Marie, who had worked for the country’s prime minister, was killed by political rivals.
Repression and torture is still widespread in the country, according to Amnesty International. Opposition groups, journalists and trade unionists face intimidation and security forces use lethal force against demonstrators.
The legacy of British and French colonial interference in the country of his birth as well as his personal adventures in finding a new homeland provide a rich seam for Eric to explore in his writing. It is all about finding out who he is.
He adds: “There is a small tree behind our kitchen in Cameroon and that is where my placenta was buried. That will always be home to me.
“Wales symbolizes rebirth, regeneration and the fact that I have a daughter who is proud to say she is from Wales. Wales is like my base, my second homeland.”

An old man climbed a mountain once
At its summit, he met a sage

From the bags of letters, a collection of poems by Eric Charles

It was early on Saturday morning when Angela called at the hostel in Kulakova. She was on her way to work. We spent a few minutes together sitting on the bench overlooking the Stavropol state university football stadium. Before she left I told her I was traveling to Rostov; visiting some friends. (Christopher a very good friend of mine and Jimmy aka “Elange Nchou” had moved to Rostov). Angela knew something was wrong and I was at pains trying to explain to her my reasons for a sudden visit to Rostov. To completely remove her from my world, I had told her the landlady had asked us to move out. There was work to be done, first of all, we had to cut the papers into dollar sizes, we had to paint them, and then made sure they dried enough and sealed into a fifteen thousand dollars bundle. We used stale urine mixed with perfumes, this content was placed in small bottles which we labeled chemicals; we also used “fairy liquid” as part of our Chemicals. Everything was sealed and labeled. Angela left the hostel not knowing she would be seeing me.

About Mid-day Lena and Nadeshda came to the hostel, they brought with them travelling documents ready for the traveling to Moscow. Lena and I went into Nashmuddin’s room a loyal friend From Makhachkala in Dagestan, and there for the last time we made love; I was filled with guilt; I knew I Would never see her again, I liked Lena. Later that afternoon Maga and his friends picked us from the hotel; it was time to go for our final transaction.

They came to the hostel with a convoy of three cars Njappi, Babila and I went in the first car, while Boss was in another car. The third followed slowly behind, protecting the pack. Nkelle our other colleague stayed at the hostel. Maga could not hide his excitement; he said “if everything went well, they would be able to throw plenty of business our way”. Maga had his concerns, not that he did not believe in the business but because he thought we had been sent by the law to try and set him and his friends up. We drove out of Stavropol unto to “the hills and far away” into the bushes. We drove for about two hours up the hills unto a level field somewhere outside Stavropol. When the car finally stopped, I was relieved. We waited for the rest of the team to join us before we made our way to a small house in the distance.

We were introduced to about five other people; most of them old. They had prepared roast lamb, and many combinations of different food items including bake bread, vodka and plenty of Piva. We had some food and a few drinks before we went into the main room via a stone wall and a dimly lit corridor. Maga sat down alongside me us as we watched Boss doing the packaging. Babila was going to do the “disappearing act”, as Boss built the package and Maga starring at him in awe, I started collecting as many dollars bills, the bills were then finely squeezed into my sleeves. When the packaging was done, and all the chemicals injected, we handed it to Maga. The package was then placed in a Freezer. All the processes that we invented were just to buy us time to do a switch between our fake dollars and their own authentic currency.

When all was done, it was Babila’s turn to perform his role of “exchanging motion”. Because it was a big bundle the idea was that we had to inject three doses of chemicals (this was enough to give Babila time to switch our home made papers with their money) into the bundle to ensure it all printed well. Everything went according to plan and Babila made the switch. Boss then injected the last dose of chemicals into the bundle and handed it to Maga; he was told to put it underneath the television so as to allow plenty of compression. It came with a warning that, “No one was allowed to touch the bundle until twenty-four hours had elapsed. In their innocence, they were going to make a ten thousand dollar profit. We knew twenty four hours was plenty of time for us to make our escape.

Once done, we all sat outside and talked about the prospect of becoming millionaires. We knew our job in that hill side location was done; we had to go back to the hostel; but in other to do that; we had to come up with a tangible excuse. Maga and his friend wanted us to stay on the mountains un- till the following day, as you can understand. This was not in our plans; our job here so far as we were concerned was finished. As I sat down contemplating, I knew that I was safe, I was just a mere translator, and Maga and his colleagues had bestowed their faiths in me. After some lengthy discussions, at the end they agreed that being just recently married it would be ill judged if I were to spend a night somewhere outside my marital home. As this thought played in my mind, I was momentarily save. If only I knew.

Extract from the Autobiographic text…Illegal immigrant By Eric Ngalle Charles