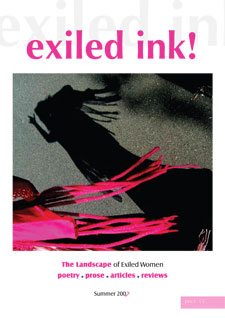 The Making of a Dissident Writer by Shereen Pandit

Books reviewed: Bells of Speech by Nazand Begikhani, Look, we have coming to Dover by Daljit Nagra, The Reluctant Fundamentalist by Mohsin Hamid, The Myrtle Tree by Jad El Hage