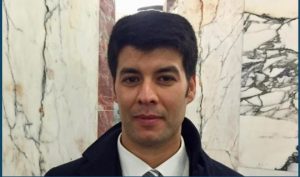 Atef Alshaer is a Senior lecturer in Arabic Studies at the University of Westminster. He was educated at Birzeit University in Palestine and the School of Oriental and African Studies, University of London, where he obtained his PhD and taught for a number of years. He is the author of several publications in the fields of language, literature and politics, including Poetry and Politics in the Modern Arab World, 2016; The Hizbullah Phenomenon: Politics and Communication (with Dina Matar and Lina Khatib), 2014; A Map of Absence: An Anthology of Palestinian Writing on the Nakba, 2019; Love and Poetry in the Middle East (editor) and Language and National Identity in Palestine: Representations of Power and Resistance in Gaza, both forthcoming. Alshaer regularly contributes to academic and media outlets, including the BBC, Independent, I-Newspaper, Electronic Intifada, Radio Monocle, al-Arabi al-Jadid and Aljazeera. He also writes and translates poetry. He has been active translator for the Poetry Translation Centre since 2008.

A city dragging its sea

from the first glance to the last one
there is water
let me daydream till my language drowns with me
and drag waves, blankets to cover the last gasp in the soul,
what I want might land as a teardrop in the sea of Galilee.

my body is a letter in a novel
written by the sea in the morning
and refined as music by seagulls in the evening.