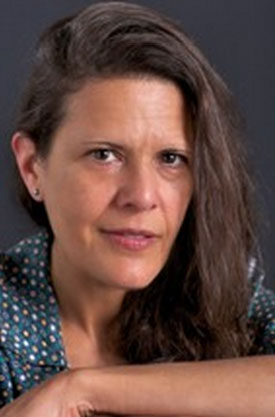 Anouche Sherman was born in Paris and spend her childhood between Paris and Jerusalem. She writes short prose and poetry in both French and English, translates, and is a Multi- Media artist. Some of her work has been published in French literary reviews and a selection of her English writings can be read on her website.
www.anouchesherman.com. She has been living in London since 1987.

And all fades
And nothing is

Together
We stand divided
We fall
Hearts and eyes weep

Divided
Eyes and hearts
Together
Fall