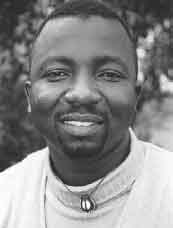 Poor thing pressed the keyboards…
defecating a maze of thunderbolts

The fireballs fizzling, into emeralds
they descend on roofs and playgrounds in turbulent blizzards

But when tremored, innocent tots
In Baghdad, Basra, West Bank, Kabul, Gaza, Belgrade, Freetown …into eternal sleepers
little one is fantasying: Uncle Samta’s bonfires at Xmas are fireworks
on the other side by jet bombers and ballistics for their friendly numbers.