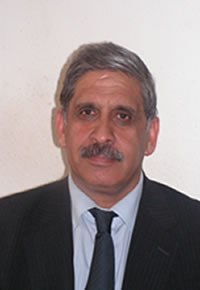 I, Mohammad Akbar Kargar was born on 14/08/1953 in Kunar province of Afghanistan. I was seven years old when I went to a primary school in my own village called Mazar Valley. When I finished my primary school, I was admitted to Avecena High school I Kabul, capital of Afghanistan.In 1974 I went to Kabul University and studied the faculty of literature and Humanity Department f Philosophy and Social Science. I graduated in 1977 and started working in the science academy of Afghanistan.

Work
1978 –78 Ministry of Culture and Information, Kabul Afghanistan. After ten months in detention for political reasons I started working later on.
1980 –81-Deputy Chief of Radio Afghanistan (National Radio) in Kabul. Then appointed as deputy of Haqiquti Enqelabi Sour Newspaper (a formal newspaper of the People’s Democratic Party of Afghanistan) Kabul.
1981 –85 Director General of Radio Afghanistan Kabul .
1985 –87 President of Press and Publications, State Committee (Ministerial level)
1978- 89 President of Press and printing department of PDPA. Kabul
1990 – 92 Elected Deputy of Writers’ Association of Afghanistan, Kabul.
1992 94 Unemployed in Kabul Afghanistan.
1995 – 98 Scriptwriter of Drama, Input Coordinator. Input Synopsis coordinator, Translator in BBC, Afghan Educational projects based in Peshawar, Pakistan.
Also from 1985 until 1992 I worked as an Assistant Professor in the Department of Philosophy and Social Studies in Kabul University.