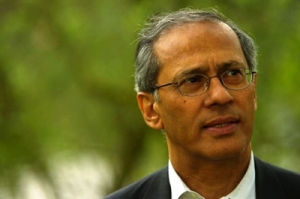 Raficq Abdulla is an essayist and poet whose poems based on Rumi and Attar – respectively Words of Paradise and The Conference of the Birds – have been published by Frances Lincoln. He has written and presented programmes on Islam and on Spirituality for BBC World Service. His published essays cover a variety of topics such as issues concerning identity, Islamophobia, the aftermath of the Salman Rushdie affair, the Qur’an, Ruskin and on poetry. Raficq has written screenplays for Channel 4 including the award-winning films Blood of Hussein and Born of Fire.

As a public speaker, Raficq has addressed a wide variety of national and international audiences in the UK, Canada, the USA, Spain, Portugal and Dubai on a number of issues including Islam, Muslims, Shari’ah Law, Art, Identity, Poetry and Spirituality. He has spoken on Rumi and Rilke, and he has narrated his interpretation of parts of a poem by the 15th Century Persian mystic poet, Jami at St. Ethelburgas. In May 2008 he was the narrator at a concert in St. Ethelburgas in memory of the German/Jewish composer Victor Ullmann who was killed at Auschwitz in 1945. He has presented his own poetry including his interpretations of Rumi and Attar at a number poetry international venues, in London and at the Dartington and Ledbury poetry festivals.

Raficq was formerly a member of the board of the Poetry Society, Acting President of English PEN and is a member of the Advisory Committee of the British Centre for Literary Translation.

Night of the Imprisoned Writer

What right have you
To lock me up?

The law is your excuse
The lie you use to press
Me into this hole.

I’m not an insect, vermin
You dispose of as an afterthought.

Your power, your status,
Where you place yourself,
Where I find myself,
Are accidental – you’re as contingent
As am I – we’re both parenthetical.

Can you not see that
Your lust to expunge me –
My thoughts, what I say,
What I write – is futile?

So pointless your cruelty.
You too will be expunged in time.

That is our absurd condition,
There’s no reason for you to speed up
The process of our common dying –
If only you knew how similar we are.