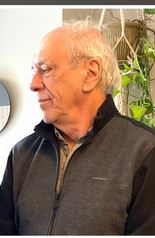 Jorge Etcheverry Arcaya is a poet and writer of Chilean origin living in Ottawa (Canada). He has published numerous books of poems and fiction; he has also authored a substantial number of critical essays about literature.
Jorge Etcheverry is a founding member the ‘Escuela de Santiago’ together with Naín Nomes, Erik Martínez, and Julio Piñones (Carlos Zarabia). To learn more about the ‘Santiago School’ of Chilean poetry in historical perspective, and its commitment during the ‘60s and early ‘70s of the 20st century to progressive socio-political causes go to www.memoriachilena.gob.cl/602/w3-artic…e-94393.html
Soon after the 1973 coup d’état, which overthrew the democratically elected socialist government of President Salvador Allende, members of the ‘Santiago School’ immigrated to Canada, including Jorge Etcheverry Arcaya, who got settled in Ottawa.
Given the outstanding quality of his literary oeuvre, that is still evolving, he is now being regarded as one of the highly esteemed Latin American writers living in Canada.