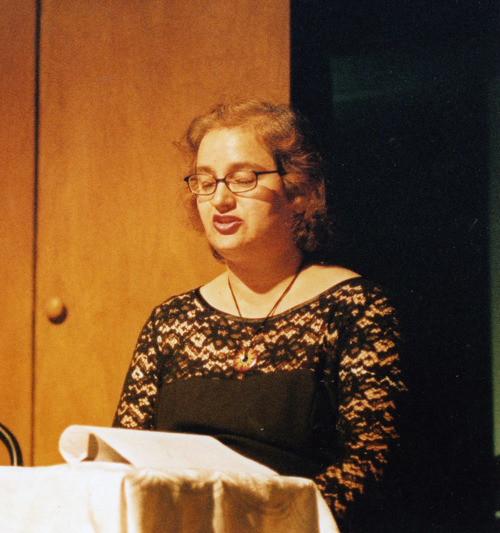 Fatma Durmush is a member of a Turkish Cypriot family and came to Britain when she was one month old. She sees her identity as being British-Turkish as she speaks Turkish and is steeped in Turkish culture. She worked in her father’s cafe in south London, simultaneously writing and studying for the Open University. After a violent attack, she gave up working in the cafe to write full-time and paint. She became a feminist from the age of twenty-one and feels that as a women she is a victim. She writes both poetry and prose and recently completed a novel entitled ‘Dual Self’. She writes mainly in English but also in Turkish. Her work has been published in ‘The Big Issue’, Daily Express and read on a radio magazine programme. She has won seven literary awards, including first prize in the London Turkish Literature Festival (1998). She edits the Morley College literary magazine.

I was sitting down to breakfast,
when I began to be irritated.
I chased it to the muse.
Of course I went to the hills
Quietly, without wearing my coat,
Went topless in the morning dew.
No-one saw my foolishness except
For a little squirrel and it went
Climbing on and on it did not seem
To care and maybe God doesn’t either.
When evening came, I said my prayers.