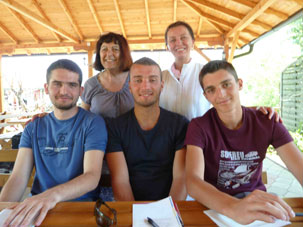 Exiled Writers Ink runs workshops in schools and Further Education Colleges. These workshops are generally delivered by two exiled writers experienced in presenting their work and in facilitating and stimulating creative ideas and writing in a variety of imaginative ways. We are happy to meet the specific needs of providers.